Many people have already discovered TED Talks, or have seen some footage of one. A conference scene that involves short presentations on ‘ideas worth spreading’ in the field of technology, entertainment and design, TED provides freely viewable recordings of select talks on their site (and through their app).

One of the most famous TED Talks amongst educators would have to be Sir Ken Robinson’s 2006 talk on how schools kill creativity. If you’ve never gotten around to seeing this video, I highly recommend it – I even set it as a ‘reading’ in the opening weeks of my curriculum studies unit. With almost 10.5 million views to date, the talk was such a hit that Sir Ken was invited to follow it up in 2010 with a second talk, Bring on the learning revolution!

But what’s there in TED for an English teacher, besides Sir Ken?

This topic came up a few weeks ago on the #ozengchat Tuesday night stream and I had a few suggestions ready to go. One of my favourite talks of all time is one of the first I saw – by David Griffin onhow photography connects us.I love to show it to classes that are about to start a unit on digital storytelling, or picture books 🙂

I have quite a few favourite TED Talks, and looking at the collection of downloaded talks on my iPad, I thought it would be good to post my collection (so far) up here on the blog. I’d love to hear about which ones you’ve seen and liked, or which ones you would recommend. Here’s my list: 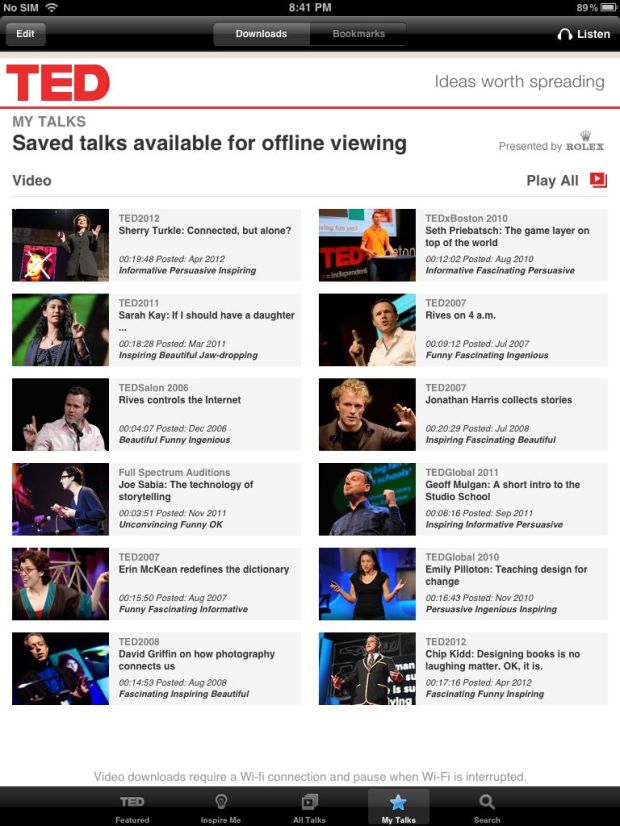 Seth Priebatsch (2010): The game layer on top of the world

Joe Sabia (2011): The technology of storytelling

Geoff Mulgan (2011): A short intro to the studio school

David Griffin (2008): On how photography connects us

In my search this semester to find local resources to support English teachers, I came across the Queensland Writers Centre (http://www.qwc.asn.au/).

Truth told, I had already come across the QWC last year, when I was learning about IF:Book Australia (http://www.futureofthebook.org.au/). Finding out more about the QWC was something I had been meaning to do for awhile!

So it was serendipitous that  I came across a notice about the ‘Letter Writing Club’ that is being run throughout 2012 by the Queensland Writers Centre. On the first Monday of most months, members of the public can participate in the club for free. Paper, quills, old typewriters and other devices are made available for people to write letters … this is the whole point of the club.

Here is the information from their website – I hope to get along to at least one of these! 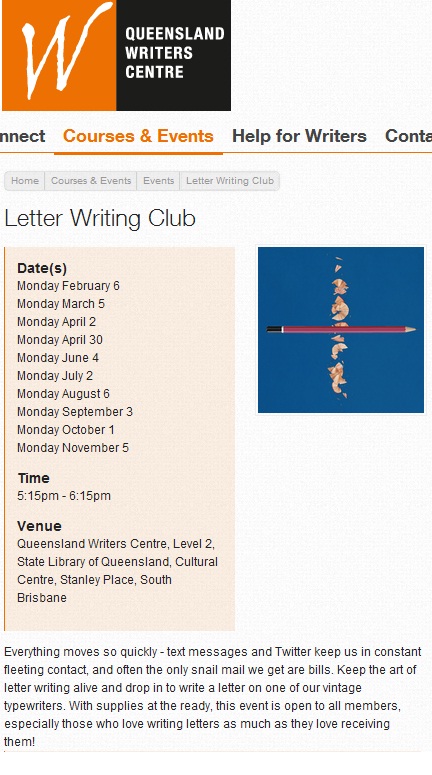